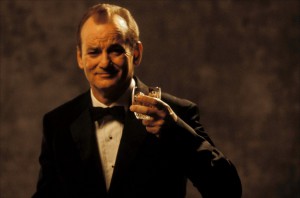 The premise was simple: Bill Murray would be visiting select cities where he would crash a random party with a “BILL MURRAY CAN CRASH HERE” banner outside, provided they had liquor and a place for him to sleep. This is how The Baltimore Sun, among other sources, recently reported on a “Bill Murray Party Crashing Tour” supposedly coming through America next month, including dates in Seattle and Portland.

Unfortunately for drunks and Ghostbusters fans (which is to say, everyone), the origin of this story was super-fake Super Official News, who specialize in typo-ridden Onion-style news articles. By this morning many outlets were either retracting their hastily-vetted articles or rewriting them as if they had never been duped in the first place, but not before the news had hit every social sharing website on the internet. So look out for Bill Murray banners the second week of August: these are the homes of the easily fooled.